Scene: A woman poised on her doorstep staring in to the teeming rain. On her feet, a pair of rubber rain boots.

Scene: Eight hours later. Same woman poised to exit a downtown building staring out toward a grey, dry evening. In her hands, dangling gingerly, a pair of rubber rain boots.

My commuter/walker flats on my feet, my heels tucked in my bag. After hours the flats can be slipped in to my bag.

Until it rains. But only in the morning and all is clear by the time my jaunt outside the house is over. And there I stand clutching my rather heavy, gritty soled, no longer needed rain boots. That don’t slip easily into my briefcase, purse, clutch, etc.

So I did a little research on the availability of bags for rain boots. Apparently only the citizens of the Philipines and the horse set seem to think similarly to me. Fascinating. 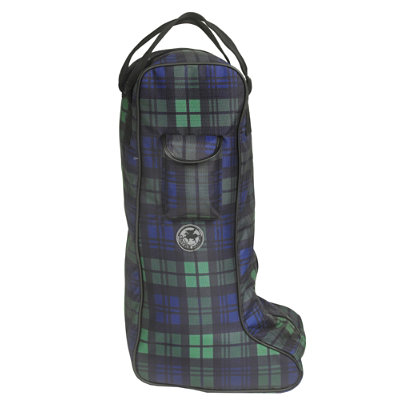 So clearly, I’d rather just slog along with my rain boots’ gritty soles smacking against my thighs.

I could get one of these…

A nylon bag that allows for easy wipe off of dirt!